Last Saturday, January 21, the Royal Decree-Law 1/2017, of 20th of January, regarding urgent consumer protection measures on floor clauses in Spain was published in the Spanish Official State Gazette, regulating the extrajudicial way to resolve quickly and easily consumer claims arising from the latest court rulings.

Main features of the extrajudicial procedure in Spain

The extrajudicial procedure regulated in said Royal Decree-Law is mandatory for financial institutions and voluntary for consumers.

This Royal Decree-Law applies to loans or credits secured by real estate mortgages in Spain that include a floor clause and in which the borrower is a consumer.

Its purpose is the reimbursement of amounts unduly paid by the consumer to credit institutions in application of certain floor clauses contained in loan or credit agreements secured by real estate mortgages in Spain.

Credit institutions must implement, within a period of one month from the entry into force of this law, a system in order to be able to claim said sums prior to executing judicial proceedings. To do this, they must have specialized departments or services that resolve these claims.

Credit institutions must inform all their clients about the existence of this claim, as well as the possible tax effects of the refund. Also, they must communicate to the Spanish Tax Office the information about the agreed returns.

Once the claim has been filed with the financial entity, the latter must send to the consumer the calculation of the amount to be returned, including interest, or, alternatively, the reasons why they consider that the claim is not appropriate.

After receiving the notification, the consumer must state if he agrees with the calculation and, if so, the entity will return the amount due.

The whole process must be done within a maximum period of three months.

Ways to return the sums due

In general, the refund will be made in cash. However, the Royal Decree-Law contemplates the possibility that the parties, by mutual agreement, agree on other compensatory measures. In this sense, once the amount to be returned has been agreed, the credit institution must provide an assessment that allows knowing the effect of the compensatory measure and grant a period of fifteen days so that the consumer can express his or her agreement. The acceptance of the compensatory measure must be laid down in a separate document that also records the compliance with the deadline set forth in the previous section.

Procedure free of any cost

The extrajudicial claim procedure will be free of any cost. The execution of the public deed and the registration at the land registry that, in its case, could derive from the agreement between the financial entity and the consumer will exclusively lead to pay the corresponding notarial and registration fees for a document without quantity and to a minimum registration, whatever the base.

The extrajudicial procedure is not incompatible with the judicial process, since the consumer can choose the latter directly or, if no agreement has been reached, he can take legal action.

In relation to judicial proceedings that were already initiated upon the entry into force of the law, the parties may agree to suspend said procedure and submit it to the extrajudicial process.

The Royal Decree-Law modifies Law 35/2006, on the Income Tax of Natural Persons, introducing, with effect from its entry into force and previous non-prescribed tax years, and regulating the taxes of the amounts received for the return of the sums due to floor clauses in the following terms:

1. The amounts returned will not be included into the tax base.

The following amounts will not be included in the income tax base of income of natural persons:

In relation to compensatory interests, it should be noted that the provisions of the Spanish Royal Decree-Law differ from what the General Directorate of Taxes had indicated so far. It was understood that compensatory interests should be integrated into the taxable base of the savings of the tax year in which they were perceived. Bearing in mind that the forty-fifth additional Provision also applies to the fiscal years that had not yet prescribed at the time of the entry into force of the Royal Decree-law, it could happen that said late payment interests had been declared in accordance with the criteria of the General Directorate of Taxes, in which case, we understand that it would be possible to rectify these self-assessments with refund of undue income, if applicable.

2. Regularization of the deduction for investment in habitual housing.

If the amounts returned had been part of the base of the deduction for investment in habitual housing (or of deductions established by the Autonomous Community) of previous years, you will not have the right any more to deduce them, so it will be necessary to regularise the situation. Said regularization shall be carried out by adding to the state and regional net tax quota, accrued in the year in which the agreement with the financial entity had been entered into, exclusively the amounts unduly deducted in the years regarding which the Administration’s right to determine the tax debt has not prescribed according to the terms provided by article 59 of the Regulation on the Income Tax of Natural Persons.

However, it is not necessary to regularize the amounts that are directly allocated by the financial institution to reduce the principal of the loan.

3.- If the amounts returned were considered deductible expenses.

If the amounts returned had been considered as deductible expenses in previous years regarding which the Administration’s right to determine the tax debt has not prescribed, such consideration shall be lost and it is appropriate to regulate this situation, in this case, by submitting the corresponding complementary self-assessments regarding these fiscal years. The complementary self-assessments must be submitted within the period between the date of the agreement and the end of the next period of submission of self-assessment and does not entail the application of a penalty, or late payment interests, or any surcharge.

4. Return of amounts paid in a fiscal year of which the deadline for submission of self-assessment has not finished.

If the amounts returned were paid by the taxpayer in fiscal years whose period of submitting the self-assessments has not finished prior to the agreement to return them that was signed with the financial entity, then they may not be part of the deduction base for investment in housing habitual.

Similarly, they cannot be considered as a deductible expense for the calculation of the net return on real estate capital or activity.

5. Returns resulting from enforcement of judgments or arbitral awards

The previous tax regime will also be applicable to returns derived from the execution of judicial sentences or arbitral awards. 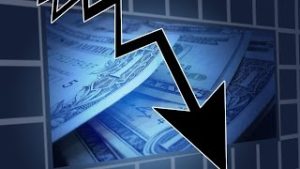 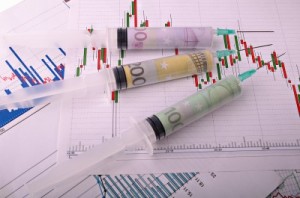 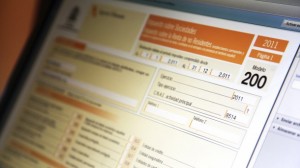